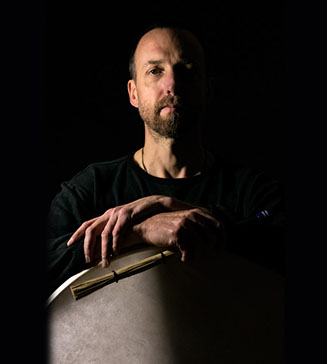 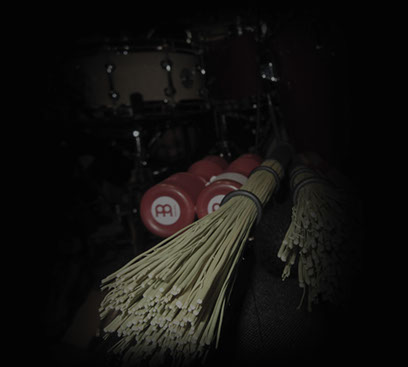 FOR FILM / TV AND MEDIA

Rhythmic Odyssey is a flexible and highly-customizable loop-based virtual percussion instrument for Kontakt Player and a huge open-format modular loop library for use with any software or hardware you wish.

David has unleashed his massive collection of drums, percussion and rare world instruments, with powerful, authentic and spirited performances that are carefully and perfectly hand-crafted for easy direct use in films, games and all other forms of multimedia. He captured an incredible variety of percussion instruments and objects, exploring more than 130 distinct instruments from drum kits to raw pine tree logs.

This library spans a huge range of styles and genres, with 100 percussion track sets ranging from traditional ethnic arrangements and combos, to raw, hard-driving percussion beds and huge rock grooves. Each song set is a tonally rich and creatively inspired multi-track piece, with unique arrangements and exotic instrumental selections from all over the world. This enormous variety of sounds and rhythmic variations is powered by an innovative interface and powerful engine features to provide you with a massive tool box and endless creative possibilities.

A full non-encrypted multi-track wav library is also included, so you can use the loops in any DAW, sampler, plugin or hardware unit that supports 24bit/48kHz stereo wav files. In the wav library, each track’s loop collection is split into an average 8 discreet solo/sub-mix tracks, as well as wet and dry stereo master tracks. The wav library includes a grand total of 6648 loops! We’ve also included long human-readable sample names and a detailed loop database in the Documentation folder to make searching and custom arrangements as convenient as possible. 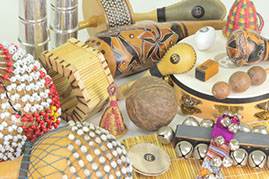 YOUR DETAILS WILL NOT BE SHARED WITH ANY THIRD PARTY.

'Working with David has been fantastic. He is a gifted, highly skilled percussionist who brings immense creativity to a project.'

'"David has a style and flair which come through on his recordings. Receiving a percussion track from him is like discovering an amazing sample, except it’s completely bespoke and unique to the project!"

His intuitive skills are a valuable resource for film composers wishing to add percussive character and flavour with dynamic human articulation.

He creates expressive drum and percussion textures and energetic rhythms with great sensitivity to the soundtrack from single instrument stems to whole  ensembles of filmic pulses and accents.

A creative multi-instrumentalist and rhythmic explorer who has made a number of instruments such as the UDU pictured left, David has collaborated on award winning films some of which are listed below. 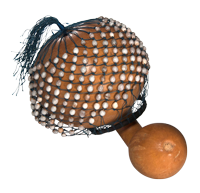 'I've found David to be not just creative and incredibly talented but fast and efficient too.

A real pro and a pleasure to work with.' 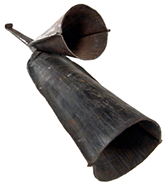 Boys running on jetty - Percussion only

I was strong - Taiko style drumming

JAGO A Life Underwater follows the life of 80-year-old Rohani, a Bajau diver from the Togean Islands of Sulawesi, Indonesia.

I co wrote the rhythmic blueprint for the Warrior Sequence I Was Strong noted for a memorable underwater camera array scene including dramatic Taiko Style drumming. 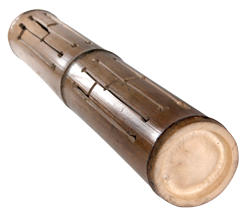 JUMANJI The Video Game - Due for release Nov 2019.

'"David’s drums and percussion have lifted my album Meditteraneo (for Universal) massively. What a find. I thoroughly recommend working with him." 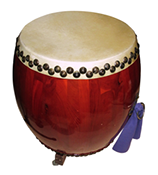 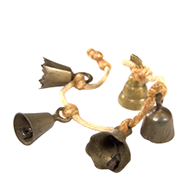 MY GORILLA FAMILY AND ME - (BBC2) December 2015. Presented by Gordon Buchannon

Featuring a number of inventive cues in particular Hermit Crabs which features a recycled Koto I found on a wood pile and brought back to life with tlc and strimmer cables.

GORONGOSA - Rebirth of Paradise*. (PBS) 2015. A wildlife series about a game reserve in Mozambique that has rejuvenated and extensively repopulated it's civil war decimated wildlife over the past 20 years. Score by William Goodchild. 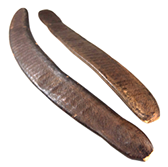 Percussion recording for TV and Film

PLEASE NOTE: This list is often changing as new projects require new sounds so if there's an instrument you don't see on the list please contact David. 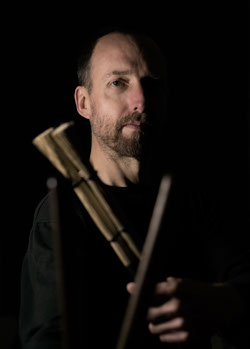 "Using Logic Pro on IMAC at my studio in a converted barn in Somerset UK, I record quickly, accurately, instinctively and creatively where necessary to generate that live feel which also tightly fits the grid. I work freely when asked or to order based on a mutual understanding of the project requirements and deliver film quality stems to sync with your film or audio project.

After initial consultation and costs agreed for the first project I take a 20% deposit apon agreement of deadline and brief.

You send me the existing cue with and without library music in place and movie clip if relevant and I record percussion instruments in place in my studio, mix and return them via dropbox.

On your approval I then release the full separate stems after full payment unless payment is contracted by a network channel.

For competitive rates and quotes please contact David to discuss your needs.

Rates inclusive of draft mixes, multiple individual un-effected stems and grouped stems by type with online dropbox or delivery of your choice.